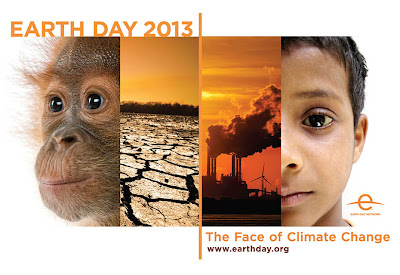 And Earth Day is a special day for schools! All over the world, teachers and students work on fantastic projects to commit to actions that go beyond the planet. More than 100 million schoolchildren around the world will learn about the importance of clean air and water and about climate change;

Earth Day 2013 theme is "The Face of Climate Change" to highlight growing impact on individuals through interactive digital campaign.

“Many people think climate change is a remote problem, but the fact is that it’s already impacting real people, animals, and beloved places all over the world, and these Faces of Climate Change are multiplying every day,“ said Kathleen Rogers, president of Earth Day Network. “Fortunately, other Faces of Climate Change are also multiplying every day: those stepping up to do something about it. For Earth Day 2013, we’ll bring our generation’s biggest environmental challenge down to size – the size of an individual faced with the consequences.” 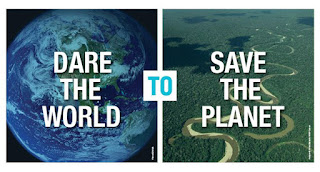 Thousands of people but most of all schools around the globe are sharing their activities and stories - stories of the impact that climate change has had on their lives, and the extraordinary efforts that they are making to fight it. Each one represents a different Face of Climate Change.


After Earth Day 2011 and "A Story about the Forest" by the Canadian author Franke James, or Earth Day 2012 and Wall-E by Pixar, let's continue inspiring our students, this time for Earth Day 2013 by elevating the importance of environmental issues at school curricula.

School time is a wonderful place to teach and share those values.

"If you have any sense of wonder or faith in humanity, you would have to agree that Earth Day is an extraordinary event. It combines the functions of educator, movement builder and the largest public service project in the world. More than one billion people from almost every single country on earth will take an action in service to our planet."

Campuses around the world have been stepping up to participate in The Face of Climate Change.

Earth Day Network is receiving some great student #faceofclimate photos from places as far-flung as Taiwan, Iran, Costa Rica, and the USA.

The Face of Climate Change Photo Mosaic is a fantastic wall with  people sharing their stories on the impact of climate change.

Check out these awesome photos, and send yours! Earth Day Network wants at least 200 campuses represented on The Face of Climate Change wall by Earth Day.

Let's continue inspiring our students, this time for Earth Day 2013 by elevating the importance of environmental issues around the world.

School time is a wonderful place to teach and learn about and green values.

Well, this year I have a real story: The Team Aurora! A group of four young people was going to the North Pole to declare it protected on behalf of all life on Earth.

They began their journey on April 5. Backed by millions they will plant a flag for the future on the seabed and call for a sanctuary in the uninhabited area around the pole. 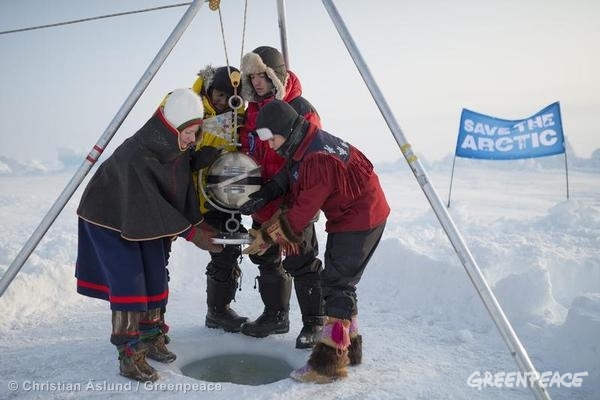 And they did it! On April 14 Ezra (USA, Renny (Seychelles), Josefina (Sweden) and Kiera-Dawn (Tso’Tine-Gwich’in youth from Denendeh in the Northwest Territories, Canada) have planted a flag.

The flag is attached to a glass and titanium time capsule containing the names of 2.7 million people who joined the campaign to Save the Arcti.

The four young ambassadors went to the Pole to say "this special area of the Arctic belongs to no person and no nation, that it is the common heritage of everyone on Earth."

Yes! It is indeed! The Arctic is a common heritage pf everyone on Earth.

Before lowering the pod, the four ambassadors held a ceremony at the top of the world, offering their wishes for the future, their dreams for a different tomorrow. 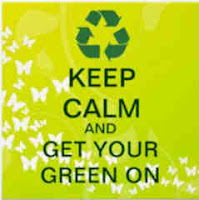 Ideas or some Activities for students?

You may read (French language) my pedagogical experience in 2008 with students published on a French academic website for teachers :

"We do not inherit the earth from our ancestors, we borrow it from our children."

Let's talk about Earth Day 2013 by G-Souto is licensed under a Creative Commons Attribution-NonCommercial-ShareAlike 3.0 Unported License.
.
Posted by G-Souto at 3:02 AM