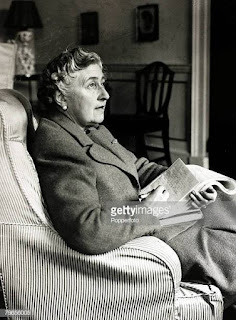 English crime writer Agatha Christie at her home Greenway House, Devon. Born in Torquay in 1890, Agatha Christie became, and remains, the best-selling novelist of all time.

Agatha Mary Clarissa Miller was home schooled. She had only herself to keep company. Bored with this mundane life, this little girl taught herself to read against her mother’s wishes. Her mother wanted her to learn reading at the age of 8 and not before that.

Agatha Christie (1890-1976), the world's best known mystery writer, famous for her Hercule Poirot and Miss Marple stories, and for her plays including The Mousetrap. 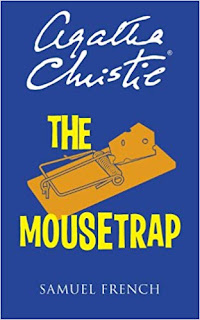 Outsold only by the Bible and Shakespeare, Agatha Christie is the best-selling novelist of all time. She is best known for her 66 detective novels and 14 short story collections, as well as the world’s longest-running play – The Mousetrap.

Did you had noticed? Google are featuring a special Agatha Christie doodle, the "Queen of Crime", on their homepage to celebrate Agatha Christie's 120th anniversary.

The search engine's letter G has been transformed into the author's moustachioed detective, Hercule Poirot.

The Google doodle shows Poirot and a cast of characters standing around a body (the search engine's letter "o", in this case wearing a set of pearls), as the Belgian detective undoubtedly explains exactly whodunit to his less perceptive observers.

Christie is not the first author Google has honoured – the search engine has also created sketches on its home page for HG Wells and The Little Prince author Antoine de Saint-Exupéry – but she is undoubtedly the most prolific and bestselling.


Why so many countries? Well, Agatha Christie is the best-selling author of all time.

She has sold over two billion books worldwide and has been translated into over 45 languages. 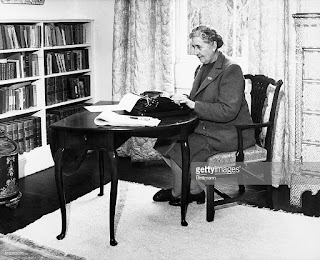 When she was five, the family spent some time in France having rented out the family home of Ashfield to economise, and it was here with her “governess” Marie, that Agatha learnt her idiomatic but erratically spelt French.
At the age of eleven there was a shock. Her father, not well since the advent of financial difficulties, died after a series of heart attacks. Clara was distraught and Agatha became her mother’s closest companion. 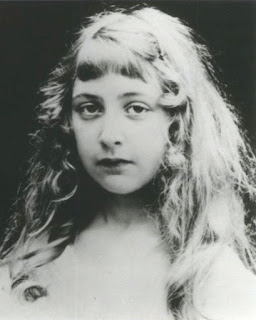 By the age of 18 she was amusing herself with writing short stories – some of which were published in much revised form in the 1930s - with family friend and author Eden Philpotts offering shrewd and constructive advice.
“The artist is only the glass through which we see nature, and the clearer and more absolutely pure that glass, so much the more perfect picture we can see through it. Never intrude yourself.”
At 21, she had started to pen down her first novel titled ‘Mysterious Affair At Styles.’ She created Hercule Poirot for this book. The novel would not be published as yet. It took her a lot of time to complete it. 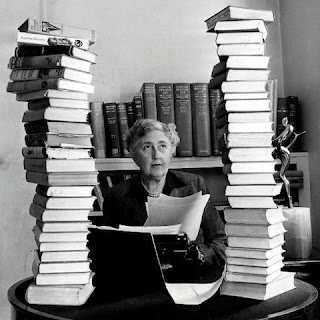 Why detective novels? Agatha’s sister Madge challenged her to write a detective story. And she rose to the challenge.

The play The Mousetrap premiered in London’s West End in 1952. It recently had its 25,000th performance in 2012. The Mousetrap is the longest running play in the world. It had first started as a 20 minute radio play.

In a writing career that spanned more than half a century, Agatha Christie wrote eighty novels and short story collections.  She also wrote over a dozen plays, including The Mousetrap, which is now the longest running play in theatrical history. 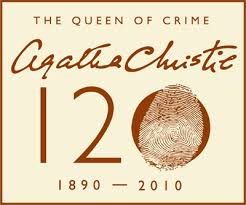 
"One of the luckiest things that can happen to you in life is to have a happy childhood. I had a very happy childhood."
Agatha Christie
Whether using the original novels or the simplified editions for non-native speakers, Christie's books make excellent resources for the classroom.
Pre-teens find her mysteries aspirational, for many they are "my first adult read," and the murders and puzzles help maintain the motivation of older students through to the final page.
For non-native speakers the language is relatively simple and straightforward and detective fiction has the advantage of being a familiar genre. Also Christie and her characters are usually so well known that there is instant recognition from students. 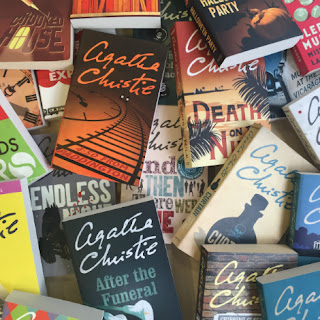 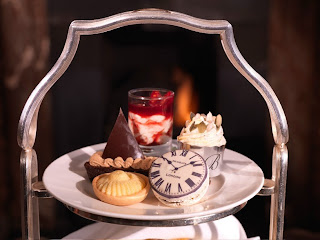 A. Are you a teacher at secondary school? Why not motivate your students to participate at Christie Week 2010?

Students can organise a Agatha Christie Week at school, sharing with other students of a school from another city or country. It will be an interesting exchange project.

They can start with a pedagogical research on the oficial website:

But you have more! Your students could have funny moments learning by gaming. Yeah!

All these activities are available here

If you are a teacher at a High Junior School, don't miss to explore with your class the BBC archive!

To mark the 120th Anniversary of Agatha Christie's birth, BBC Archive doing a small collection of radio and television items in tribute to the world's most famous crime writer. We can hear from the lady herself!

What a fantastic educational digital resource to include crime fiction into English language curriculum! Do you agree?

For example, don't miss the audio The Misterious Dame Agatha (1st broadcast 1975) or Agatha Christie Interview (recorded 1955) where the writer talks about her lack of formal education and how boredom during childhood led her to write "The Mysterious Affair at Styles", wich was completed when she was still in her twenties.

The ABC Murders was released in Europe on 4th February and in the US on 23rd February 2016. Re-discover one of Agatha Christie's most popular mystery stories in The ABC Murders.

The player embodies the famous Belgian detective Hercule Poirot as he sets out to solve yet another thrilling crime.


The game begins when Hercule Poirot receives a mysterious letter from a certain 'A.B.C' announcing a murder which is about to be committed. The killer begins to work his way through the alphabet and with each murder, the killer leaves a trail of deliberate clues to taunt Hercule Poirot. In order to catch the killer the player must observe, question and explore everything in order to understand the murderer's plans. 
John Malkovich and “Harry Potter” star Rupert Grint have signed on for “The ABC Murders,” an Agatha Christie adaptation for the BBC in Britain and Amazon in the U.S. Malkovich become the latest actor to take on the role of the famously mustachioed Belgian detective.

Talking talking about formal learning. Are your students bored in the classroom? No, not now when you are including games into your lesson.

Well, there are a lot of funny and engaging activities about the "narrative" that you can create or prepare before your Agatha Christie week.

Then explore some good activities into your lessons in face-to-face teaching and informal learning, using the internet, games, or a students blog.

Believe me! You will have a great group of motivated students who will learn easily the narrative text - crime fiction - exploring as well the vocabulary,  and grammar.

And you? A different 'attitude' by changing methods, a creative mind to facilitate different learning activities to your young students!

It's that time of year when most of us in European countries and  in North America have to move our clocks forward by one hour.... 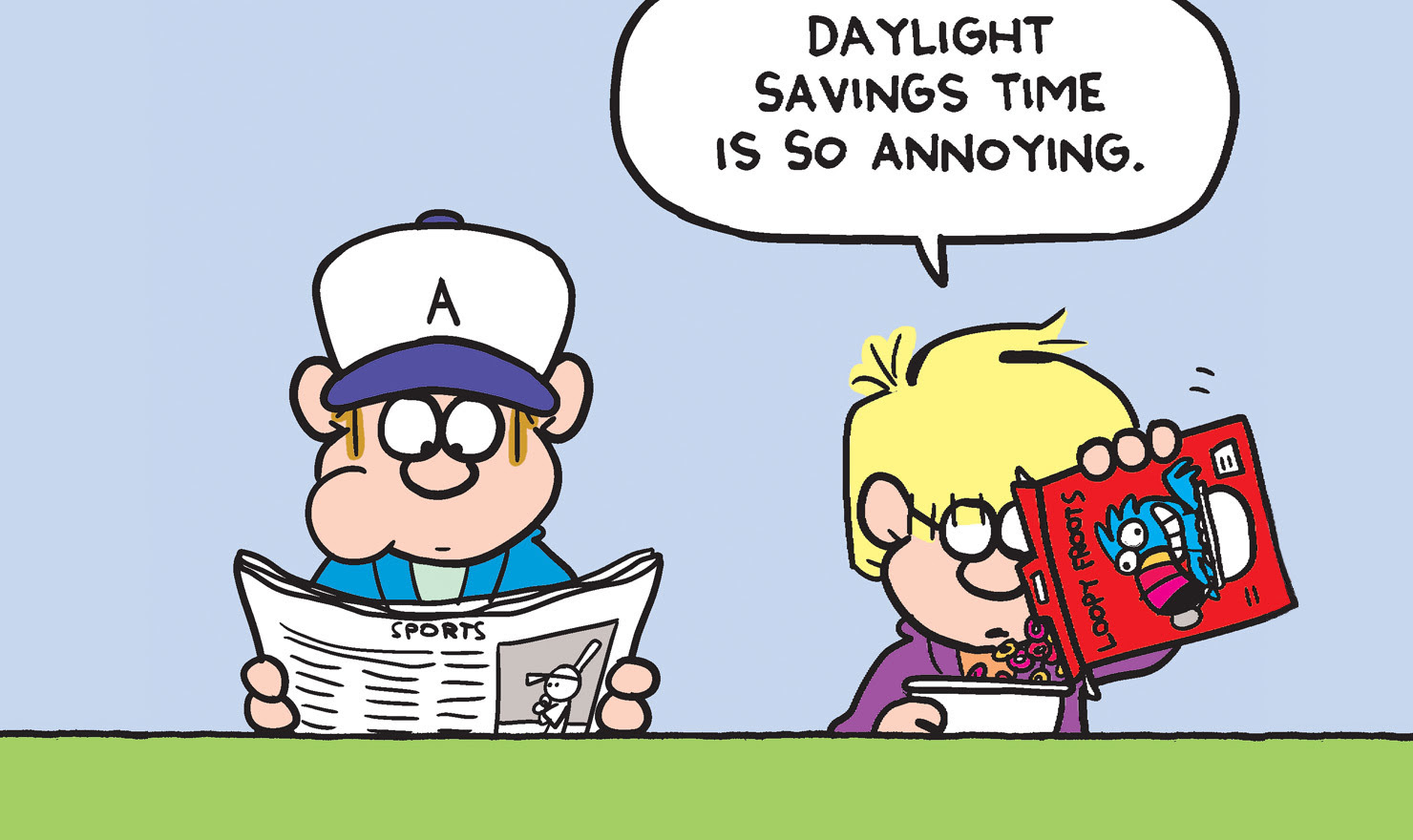